West London born model Stephen James was scouted in Barcelona
and has been modelling since the end of 2012. The professional footballer
sports the most impressive set of tattoos we’ve shot for The Model Wall including a giant
skull on his back and detailed sketches of Hollywood greats, music
icons and even Her Majesty the Queen! 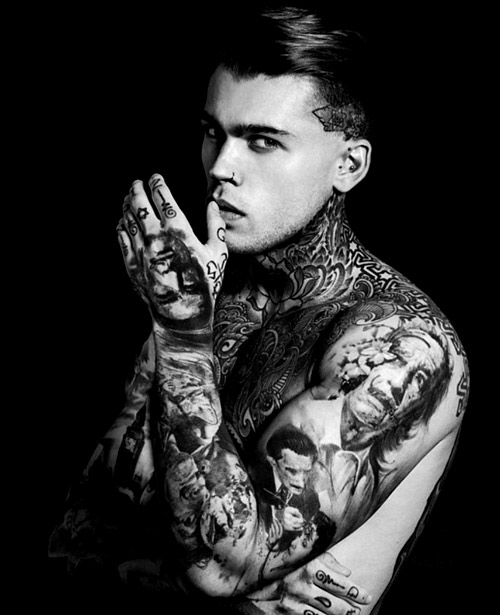